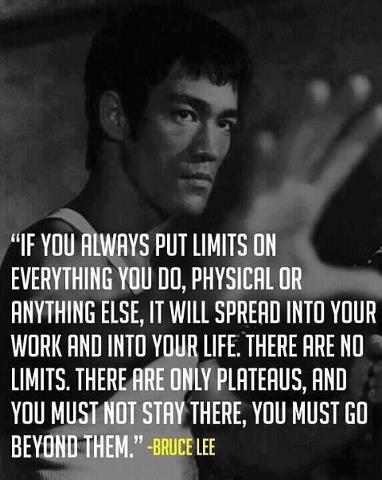 Raleigh Rock and Roll Events April 13th 2014
Sometimes, it's fun to do an event just for the experience without worry about personal records and "racing".  Stopping sort of speak to simply soak in the moment and just being happy that I'm able to run is something I recommend all of us to do from time to time.  This event would be just that.  I had planned along with my wife Gina and many other GORUN(Greenville Organization of Runners) friends to just use the event as a training run.  I would run with Gina.  Years ago we decided that we would run the Rock and Roll Series of Events together.  So today we would plan to enjoy the positive energy and of course the bands along the course.  As parents, we both treasure these moments.  Despite the fact that we love every second with our kids, it's still important to reconnect and spend quality time with just us.  This would be an opportunity to do just that.

We met the rest of our friends with GORUN the morning of the race. It was a little chilly but that would be a good thing as we had to endure the hills of Raleigh.  Gina and I signed up for the half marathon but several of our friends were going to do the full marathon.  I'm not a fan of hills so I was glad I was running the half with Gina.

Kermit & Amy had some connections in this nice hotel so we tried to stay warm as well as use the bathroom here before we had to go find the start etc.

I've always enjoyed people watching.  On the way to our start we were able to do plenty of that.  Bands were warming up and we saw some dude with 2 basketballs talking to a news crew.  I wonder if he dribbled the entire half or full?? I never did find out.

Bathroom Lines are so much fun.... again success begins in the bathroom as CC Wilkins would say..  Nerves typically get to me as well as my fast metabolism so I frequent the bathroom in morning hours

The Star Spangled Banner
I know our country has had better times but it still bothers me when people don't remove  hats or put their hand on their heart. Respect.

Before our start with Gina! Also nearby is Derek supporting Melissa

Jimmy V "Never Give Up!"
Many running for the Cause...
Despite the fact that I was an NC State fan until I went to East Carolina University to become a PIRATE, I think everyone can agree that Jim Valvano was a great person who started a great foundation to help in the research and cure for cancer.  Ok he was a great coach too.  Let's give that man some credit.  Unlike other great teams in the area, NC State has never been stacked with McDonald All Americans and yet he managed to win a National Championship in 1983 with only 3. It's hard to ever judge being a "Don'ter" or a "Quitter" when you hear how he led that team to the championship or how he endured having cancer.  That positive approach to life is catching.  If only all of us could do that.

Toileting is always an issue.  Lines can add minutes to your time not just because of waiting and usage but also mentally and physically getting back into your pace groove.  I eventually sent Gina on and decided to use this well placed bush.  Upon going behind bushes, I discovered an electric fence by them. Whoa!!  Glad I read that!  I was soon on my way passing many people and wondering how far was Gina ahead of me???  After catching up with her she joked about how she sped up after she left me. Nice!  Hmmmm  or did she really speed up???  Either way, it's amazing how far someone can travel if you give them a minute.  Even if she had walked, there would have been a good distance to cover to catch up with her.

Bands eventually picked up but not as good as the Virginia Beach Rock n Roll event Gina and I had participated in.  I really thought it was cool to see traditional band instruments motivating us from a bridge above us. As a former band geek who played trumpet/cornet in a Marching Band, Pep Band, Jazz Band, Symphonic Band, and Concert Band, I know all too well how playing well is much like running well.  It's about consistency, hard work, and having a passion for it.  I often miss playing in a band but I do create Occupational Therapy groups using my trumpet and I often volunteer to play in the Vidant Medical Center Rehab Services Christmas Show for patients.

Most half or full marathon events, one can read multiple signs related to running in some way.  Sometimes they motivate....sometimes they just keep the work light and you smiling.

So many bands just completed their song when we were coming... blah!

10k
soooo....now what started as a typical long run looked like a possible PR for Gina for the half marathon! What??!! On Raleigh Hills?  She had PR'd at Disney which despite the off ramps etc was a realistic goal since most of the course was flat.  Gina was in the zone so at this point anything was possible and I certainly didn't mind being there to support another PR!

ok...I'm a fan of Martial Arts and yes Chuck Norris but anything to keep you going is great.... love the signs

In the end, it ended up a great day! I got another Rock 'n Roll Series Medal and quality time with my wife who managed yet another PR!! Yep she did it on a Hilly Course!!  Raleigh was no joke! In fact, sadly we passed 1 and heard of another runner who died that day.  You never think about death as being something to worry about despite signing the waiver that does in fact say you wouldn't hold the race directors and everyone involved responsible for any of it if something were to happen.  My heart goes out to those families.  I can't even imagine...

To new adventures!
Posted by Tim Garriss aka The Running Sensei at 14:42 No comments: